What is it like to be a member of the “Rapid Support Forces”: The story of a young man in the “Janjaweed” militia 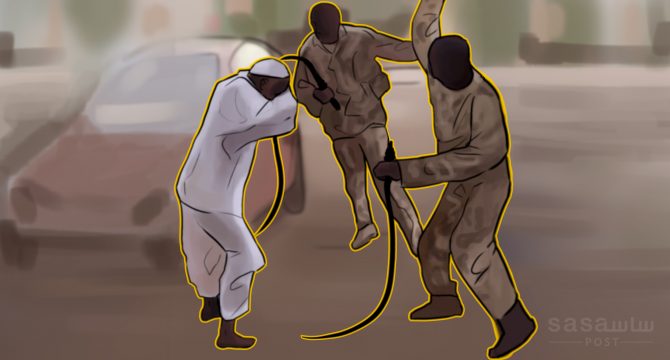 What is it like to be a member of the “Rapid Support Forces”: The story of a young man in the “Janjaweed” militia

Sasapost interviewed a member of Sudanese paramilitary Rapid Support Force. The original interview was published in Arabic and this is the English edition since it’s an exceptional article:

Saad -a pseudonym given to protect the identity of the informant- is a ten year old shepherd boy from the Rizeigat tribe living in the Darfur region of Sudan, a region that lacks schools or any other manifestation of the urban life restricted to the capital and the big cities thousands of miles away.

Like many of his peers, his day revolves around tending to cattle in the desert during the day, only to come back at night and listen to the tales recounted by his fellows who have joined the “Janjaweed” militia, later remodeled into the Rapid Support Forces. He is used to hearing stories of young men like him in South Darfur who left cattle trade in Kaliko, on the border with South Sudan, to join those militias whose main mission was to attack the African tribes, force them out of their houses and away from the water resources and the pastures. At that time, the militia was headed by Musa Hilal who was later arrested, and replaced by Mohamed Hamdan Dagalo, also known as Hemeti.

Saad stated that a particularly famous story was that of al-Bashir giving the members of Janjaweed a gold mining concession in the Darfur region in exchange for their loyalty and continuous support to the government in its conflict with the African tribes.

In 2007, desertification hit Darfur, bringing drought and causing hundreds to lose their livestock. Saad is among the unfortunate impacted by the drought. With the various privileges given to Janjaweed members in mind, and the promise of economic support from the government, Saad decided to join his peers.

“The requirements for joining Janjaweed militia are very simple: tribal and personal loyalty”, he accounts. Through support from the tribe leader, Saad “easily” joined the Janjaweed, “without any examinations” he tells “Sasapost”. He describes the first days of his joining as a breeze: “the training was simple, not like the military or the police. They only provided us with weapons and military equipment, asked us to perform the tasks and in reward, gave us economic incentives”.

Amongst the tasks assigned to Saad was the confrontation with armed movements in Darfur region such as “The Sudan People’s Liberation Movement” who were fighting the central government. “Everything is permissible” he reports, “killing, rape, wiping out whole villages for the sake of surviving” in a war considered by the human rights organizations to have caused one of the biggest mass exodus in the African continent.

With time, the Rizeigat tribe became one of the main constituencies of the Janjaweed. “This branch of the tribe has extensions in Chad,” Saad says. According to him, this was possibly a main factor behind the recruitment of members of the tribe from Chad when then-president Omar al Bashir needed to reform and expand the militia, rebranded it as “The Rapid Support Forces” and annexed it to the Sudanese security forces.

Saad’s fellows in the Rapid Support Forces have different backgrounds: some are of the Rizeigat tribe and others are from Chad and Mali, in addition to the soldiers of the Sudanese army who have previously performed the compulsory military service but joined for economic reasons. Also, some members were fighters in opposition movements of Darfur who have joined the peace agreements.

Saad’s dialect is different from that of Khartoum and the rest of the Sudanese cities. For example, he calls the phone “kalame”, a term having its roots in African while the city dwellers call it “telephone”. A lot of the Janjaweed members don’t know Arabic. They speak French instead, especially those coming from Chad.

In the last three years, members of tribes from outside Darfur started joining the RSF as its zone of action extended outside the borders of the country and the economic incentives became even more tempting. He explains, “we received information about efforts to communicate with tribal chiefs to raise the number of members in the past two years as our tasks expanded and large numbers of us were dispatched to fight in Yemen”.

Traveling to Yemen was a “dream” for many of the members because the pay of joining the war reached 350$ per day with a compensation of 7 thousand dollars to the family in case of death.

A week before the protests that erupted at the end of last year, a video of Hemeti addressing the tribal chiefs in northern Sudan was circulating. In the video, Hemeti was calling on the chiefs to enlist the tribe members in the RSF, a news corroborated by the tribal chiefs in the Sudanese newspapers.

The 20-year-old man never visited Khartoum, like many of the people in his southern region, except when summoned by the toppled President al-Bashir for the protection of the presidential palace after the eruption of the protests, in case of a possible military coup.

When he reached Khartoum for the first time in his life, he didn’t know the city or its neighborhoods and had to ask people to get his bearings.

Reportedly, his visits to Khartoum were limited to the desert areas thousand kilometers away from the city, after al-Bashir allocated for them training camps in Shambat, Khartoum Bahri and al-Jili camp north of Khartoum.

Wearing his flip-flops and his camouflage military uniform, Saad waits on a chair in front of his car parked around the sit-in area. The car, adorned with a symbol of Gazelle horns, has a three-letter license plate “RSF” used to refer to all the cars of the Rapid Support Forces and the RSF slogan: “Swiftness, Readiness, Resolution”

He says: “We were ordered to keep peace with the demonstrators and not meddle with them.”

Saad doesn’t care about the protests around him or the demands of the protestors or even al-Bashir himself. “All I care about is following orders to endure,” he says.

The members of the RSF are around 40 thousands in number and are usually between 13-30 years old. Because of their direct subservience to the presidency, they get paid at higher rates than regular army members.

Hemeti.. is the crackdown on the sit-in the end of career for the camel trader?

The leader of this notorious paramilitary group is Mohammad Hamdan Daglo, famous for Hemeti, a former camel trader descending from a nomadic Arab tribe on the borders between Chad and Sudan. After the downfall of al-Bashir, his political aspirations grew, being  backed by some Gulf countries.

However, the involvement of his troops in the bloody dispersal of the sit-in causing the death of hundreds as well as several violations of civilians’ rights, were widely reported and condemned in international statements, putting into question the continuity of his political rise. Furthermore, his political career is in question especially that the name of his troops was also mentioned in the condemnation statement issued by some of his former allies, like the UAE.

Speaking to “Sasapost”, Abdelfattah Said, a Sudanese researcher residing in the United States, describes Hemeti as a “furious man, who doesn’t have a broad political perspective, which led to the catastrophe of violent crackdown on the sit-in. He is the engineer of the crackdown and he refused to negotiate with the Alliance for Freedom and Change.”

Said adds, “The man lacks political astuteness, and his speeches and firing statements cause grave damage to him and his allies, before his enemies. What he gained on the military front in the areas of conflict, he lost it two hours after the raid last Monday.”

In Said’s opinion, Hemeti has committed political suicide and that it is very hard to recover from this political loss.

“Hemeti has a quality that plays against him in politics: he is blunt and doesn’t know how to be diplomatic. Probably because he’s not a politician but ventured into this world through the political and military opportunities provided to him by the fallen president, ” he adds.
Before his forces assaulted the protest camp, Hemeti’s public image as a leader of the criminal Janjaweed militia that committed atrocities in Darfur was starting to change. Instead, he started appearing as a supporter of the revolution after the army and his forces stood by the demands of the masses and removed al-Bashir in April 11, 2019. Many political figures even considered him to be part of the revolution, according to Said.

In contrast, Hamid Ali, the Sudanese professor of Public Policy at the American University in Cairo, considers Hemeti to be an “operational” man who fulfills militia duties but doesn’t have any political base or political alliances that can pave the way for his political ascendance. “His refusal to attack the protesters at the beginning of the uprising was nothing more than a maneuver to protect his interests”, Ali says in a phone call with “Sasapost”.

He adds that the forces under Hemeti’s command are not a unified body: a large sector are more akin to “employees” who follow commands only for money. Others have tribal belonging while the rest have political and ethnic loyalty to Hemeti. Those count not more than 3 thousands, which makes it possible to overthrow him without causing a civil war, he asserts. “They would desert Hemeti for any new leader who commands their loyalty for money”, he explains.

Furthermore, these members did not receive professional military training nor are they equipped to use modern military technology like regular armies. Their victory on the borders depended primarily on the intelligence operations and the infiltrations achieved by the security and intelligence apparatus.

Meanwhile, the Sudanese army is a professional institution despite its transgressions and it has a symbolic value and influential presence in public life. It is also formed out from all the tribes unlike the Rapid Support Forces.  The reason behind its inaction is the absence of vision for the leaders of the Council, he contends. Ali concluded by saying: “how can an ignorant illiterate man rule a country like Sudan?”, in reference to Hemeti.